No other combustion engine is as versatile as the diesel engine. Its versatility can be attributed primarily to a high degree of efficiency and associated cost effectiveness. The requirements for diesel engine injection systems are constantly changing with higher pressures, faster switching times and the flexible adaptation of the injection pattern to suit operating conditions.

The diesel engine (also known as a compression-ignition engine), named after Rudolf Diesel, is an internal combustion engine in which ignition of the fuel, which is injected into the combustion chamber, is caused by the elevated temperature of the air in the cylinder due to the mechanical compression. Think of how a bicycle pump becomes warm when used.

Diesel engines work by compressing only the air to increase the temperature to such a high degree that atomised diesel fuel injected into the combustion chamber ignites spontaneously. This contrasts with spark-ignition engines such as a petrol engine which uses a spark plug to ignite an air-fuel mixture. In diesel engines, glow (heater) plugs may be used to aid starting in cold weather, or when the engine uses a lower compression-ratio, or both. The fuel is supplied to the injector(s) by means of the injection pump. See HERE

There have been many different types of fuel injector made by different manufacturers and being improved over the years since Rudolf Diesel pioneered the principle. Some of the more common types are detailed below. 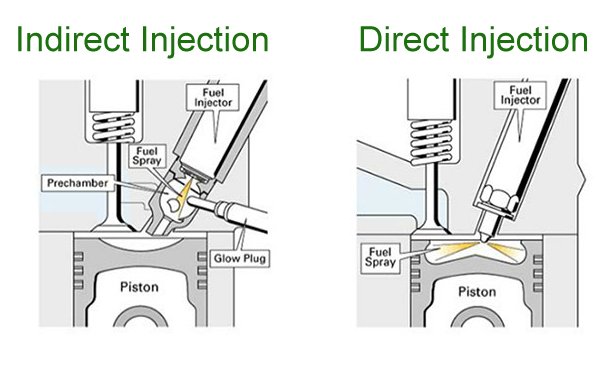 Indirect injection engines are designed so the fuel is injected into a pre-combustion  or swirl chamber in the cylinder head. This was initially to help improve the mixture of the air and fuel when injectors were not as sophisticated as today. The explosion from the combustion does not act directly on the piston of the engine, but within the chamber itself, helping the fuel to burn thoroughly just after ignition. There is an orifice from the chamber which allows the expanding gases to escape and into the cylinder forcing the piston downwards. This type of engine tends to be quieter in operation although more difficult to start from cold – often needing glow (heater) plugs to be used even when the engine is still warm.

Direct injection engines inject the fuel as the name suggests, directly into the cylinders – often into a recess in the piston crown itself. This is the hottest location of the compression ignition cycle and readily ignites the injected fuel. Often no additional cold starting aids are required as the compression of the air is sufficient to ignite the fuel alone. Due to the combustion gases acting directly on the piston there is usually a more audible detonation known as ‘diesel knock’ This type of engine is commonly used today as it is more efficient and has greater potential for electronic control than the indirect injection types.

All diesel fuel injectors have the same basic characteristic in that they allow fuel to enter the combustion chamber of the engine under greater pressure than that already inside the chamber. They must atomise the fuel to create a spray or mist that mixes readily with the hot air to create uniform clean ignition for efficient combustion. 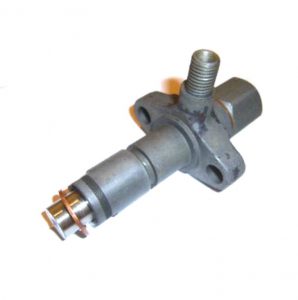 An injector thus consists of the main body which can be attached to the cylinder head securely – a fuel inlet for the supply of diesel and a nozzle or tip which atomises the fuel into a spray inside the engine. 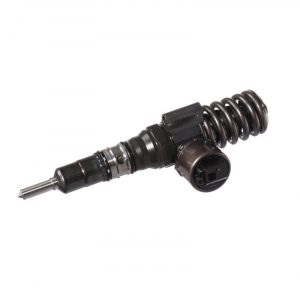 A slightly different configuration is an injector which also contains a small injection pump within itself – these can be identified by the spring and plunger attached to the top of the body called Unit Injectors. A camshaft operates the plunger on each injector and pressurises the fuel when the cam lobe pushes against the spring. Later types called Electronic Unit Injectors use a built in electrical solenoid to control the opening times of the nozzle.

Common rail injectors are a combination of the above two types – they have a solenoid which is electronically controlled and allows fuel to pass from the common rail through the spray nozzle into the cylinder when instructed by the engine ECU. They tend to work at much higher pressures than the earlier mechanical types as this allows for quicker response to the on/off signals sent from the ECU thus improving control and efficiency.

The latest model of common rail injector is the Piezo type. When electricity is applied across the Piezo crystal in the injector, it rapidly expands, thus making it suitable to act as the actuator for the spray nozzle. According to Bosch, who introduced Piezo injectors to the industry, a Piezo actuator acts up to five times faster than a standard common rail solenoid. This translates into precise fuel 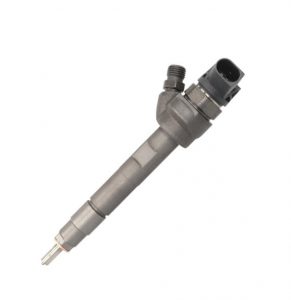 measurement and allows for multiple injector events to occur per combustion cycle improving combustion even further.

Depending on the type of injector fitted to the engine, will depend on the symptoms shown when the injector fails. The early mechanical injectors tend to wear gradually and suffer from clogging or sticking generally caused by poor quality fuel. It is unusual for a simple mechanical injector to fail completely and suddenly. The symptoms include smoking from the engine exhaust – usually grey smoke indicating unburnt fuel – this will smell strongly and be rather unpleasant to inhale, making the eyes smart, often more noticeable when the engine is cold. If the injector is sticking due to wear then it can make a very loud knocking noise which may come and go at random.

Common rail injector failure is usually sudden and will stop the engine for no apparent reason. The solenoid in the injector being the weakest part is usually the culprit, and can allow fuel to enter the cylinder unregulated. Often the injection pump cannot maintain fuel rail pressure and the engine will shut down due to the ECU fail safe program. If the ECU is interrogated with diagnostic equipment, the fault will show as ‘low rail pressure’ which can wrongly indicate a bad injection pump. It is important to have the fuel system checked by a knowledgeable mechanic with the correct diagnostic equipment before condemning any part as faulty.

Injectors require clean good quality fuel to function correctly and have a long lifespan. It is therefore important to maintain the engine with good quality fuel filters changed regularly and ensure no water or any other liquid enters the fuel system.