A Diesel Injection Pump is the device that pumps diesel fuel into the cylinders of a diesel engine under high pressure, creating spontaneous ignition and combustion of the fuel. Traditionally, the injection pump rotates at half crankshaft speed in a conventional four-stroke diesel engine. Its timing is such that the fuel is injected precisely before top dead centre of the cylinder’s compression stroke. There is no ignition system in a traditional diesel engine – the ignition, fuel quantity and timing all being done by the injection pump itself. Later engines have their fuel quantity and timing carried out by electronic control and solenoids or electrical valves.

Early diesel pumps used an in-line layout with a series of cam-operated injection cylinders in a line, rather like a miniature inline engine. The pistons have a constant stroke volume, and injection volume is controlled by rotating the cylinders against a cut-off port that aligns with a helical slot in the cylinder. 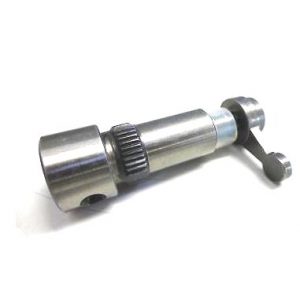 When all the cylinders are rotated at once, they simultaneously vary their injection volume to produce more or less power from the engine. 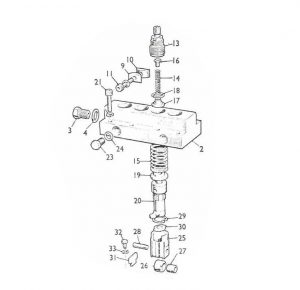 For use on cars and light trucks, the rotary pump or distributor pump was developed. It uses a single injection cylinder driven from an axial cam plate, which injects into the individual fuel lines via a rotary distribution valve. Later incarnations such as the Bosch VE pump vary the injection timing with crankshaft speed to allow greater power at high crank speeds, and smoother, more economical running at slower revolution of crankshaft. 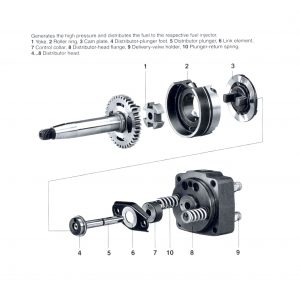 Some VE variants have a pressure-based system that allows the injection volume to increase over normal to allow a turbocharger or supercharger equipped engine to develop more power under boost conditions.

All injection pumps incorporate a governor to cut fuel supply if the crankshaft rpm endangers the engine – the heavy moving parts of diesel engines do not tolerate overspeeding well, and catastrophic damage can occur if they are over-revved.

Mechanical pumps are gradually being phased out in order to comply with international emissions directives, and to increase performance and economy. From the 1990s an intermediate stage between full electronic control were pumps that used electronic control units to control some of the functions of the rotary pump but were still mechanically timed and powered by the engine. 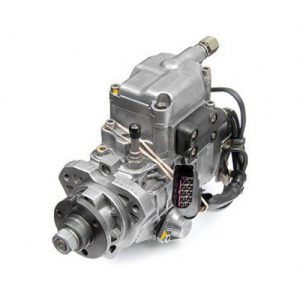 The first generation four and five cylinder VW/Audi TDI engines pioneered these pumps before switching to Unit Injectors. These pumps were used to provide better injection control and refinement for car diesel engines as they changed from indirect injection to much more efficient but inherently less refined direct injection engines in the 1990s. The ECUs could even vary the damping of hydraulic engine mounts to aid refinement. BOSCH VP30 VP37 VP44 are example pumps. Since then there has been a widespread change to common rail diesel systems and electronic unit direct injection systems. These allow for higher pressures to be developed, and for much finer control of injection volumes, and multiple injection stages compared to mechanical systems.

Modern common rail systems, although working on the same principle as previous pumps, are controlled by an electronic ‘brain’ which opens each injector electrically rather than mechanically. This was extensively prototyped in the 1990s and the design was acquired by the German company BOSCH for completion of development and refinement for automotive applications. The pump constantly supplies fuel under extreme and constant pressure to a header pipe linking all the injectors (the common rail) The injectors are opened and closed at precisely the correct time by the electronic ECU for efficient running. For more information on injectors please see HERE 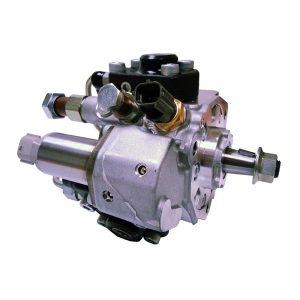 This system is cheaper to manufacture and has less moving parts than the traditional inline or distributor pumps and the fuel supply can be monitored and constantly varied by throttle, engine speed, combustion air and emission sensors.